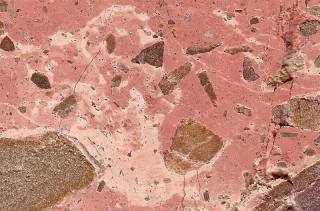 This peculiar polymict breccia uniformly exposed  at the base of the unfolded Upper Tertiary over a distance of at least 120 km is a strong clue to the Mid-Tertiary multiple impact in northern Spain. A lot has already been said and written about this breccia (Ernstson & Fiebag, 1992; Ernstson & Claudin 2002, Ernstson et al. 2003; Claudin & Ernstson 2003; http://www.impact-structures.com/impact-rocks-impactites/the-suevite-page/suevites-from-the-azuara-and-rubielos-de-la-cerida-spain-impact-structures/, http://www.impact-structures.com/impact-spain/the-rubielos-de-la-cerida-impact-basin/basal-suevite-breccia-in-the-rubielos-de-la-cerida-impact-basin/), and that is why we confine ourselves to show some new varieties exposed about 2 km northeast of Olalla in the rim zone between the Azuara impact structure and the Rubielos de la Cérida impact basin. We point to the dominating Paleozoic and Triassic components, to the flow texture, to halos around many clasts, to the remarkable fitting of fragmented clasts, to breccias-within-breccias, and we think that some of the breccias are simply beautiful.

Here, we want to mention that regional geologists from the Zaragoza university and the Madrid Center of Astrobiology (Ángel Luis Cortés, Marcos Aurell, Enrique Diaz-Martínez, and others), which basically deny an impact in that region,  consider this typical breccia a lacustrine sediment or  even a conglomerate (Aurell et al. 1993; Cortés, Nov. 6, 2002, Heraldo de Aragón). 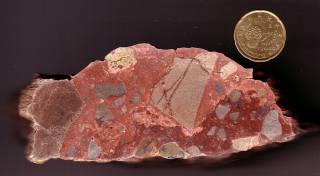 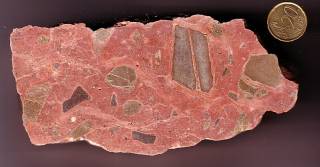 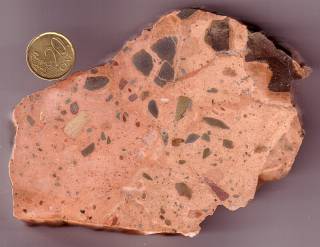 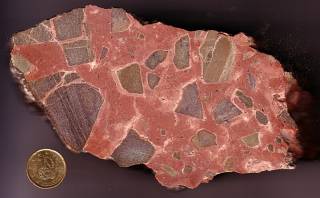 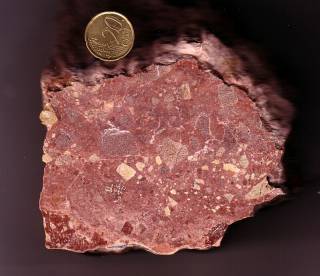 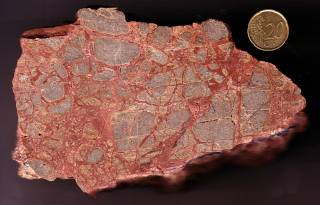 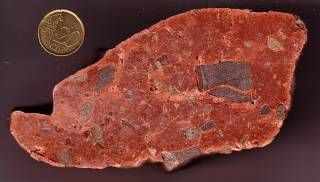